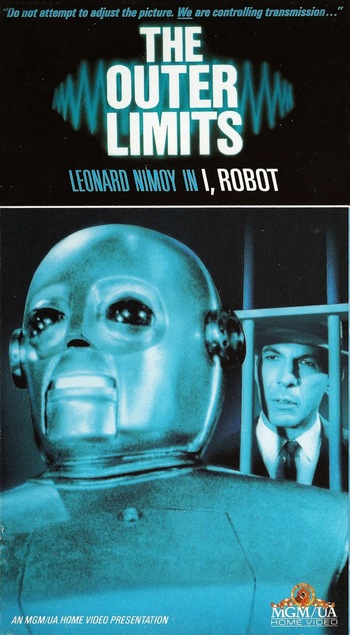 "The story of the year: The state versus Adam Link, first all-functional robot. Thinks, talks, acts, accused of murder!"
The Control Voice: God looked upon his world and called it good, but Man was not content. He looked for ways to make it better and built machines to do the work. But in vain we build the world, unless the builder also grows.

A robot is put on trial for the murder of his creator.

The Control Voice: Out of every disaster, a little progress is made. Man will build more robots, and learn how to make them better. And, given enough time, he may learn how to do the same for himself.