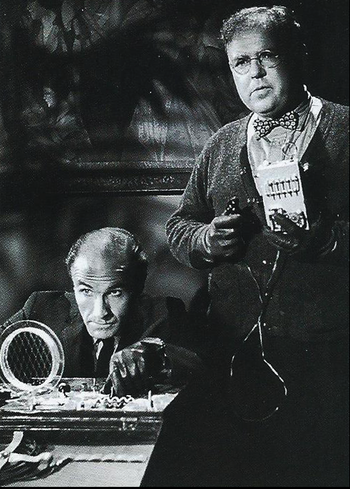 Phobos and Diemos operate the Temporal Condenser.
The Control Voice: Who hasn't seen the dark corners of great cities, where small and shabby creatures wander without purpose in the secret corners of the night? Without purpose? There are those whose purpose reaches far beyond our wildest dreams.

Two Martians conduct a controlled experiment on Earth in order to figure out the cause of murder.

The Control Voice: Who knows? Perhaps the alteration of one small event may someday bring about the end of the world. But that someday is a long way off, and until then there is a good life to be lived in the here and now.