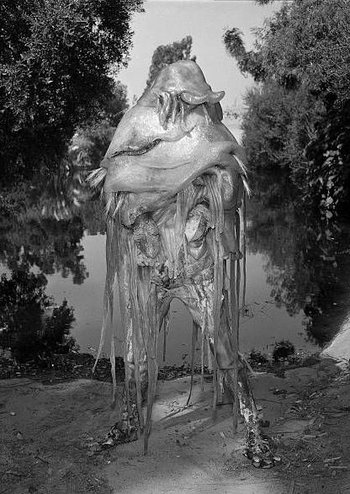 The Chromoite in all its glory. 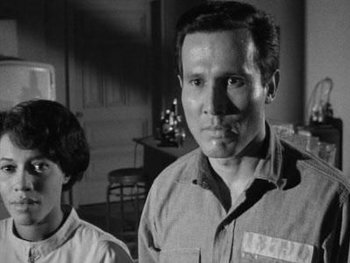 Julia and Chino can't believe their eyes either.
The Control Voice: In dreams, some of us walk the stars. In dreams, some of us ride the whelming brine of space, where every port is a shining one, and none are beyond our reach. Some of us, in dreams, cannot reach beyond the walls of our own little sleep.

A convicted murderer volunteers for an exchange program between Earth and Chromo.

The Control Voice: Hunger frightens and hurts, and it has many faces, and every man must sometimes face the terror of one of them. Wouldn't it seem that a misery known and understood by all men would lead Man not to deception and murder, but to faith, and hope, and love?

"In dreams, some of us trope the stars":