"Just got off the wire with the insurance company. It seems they're willing to pay off my desk... as soon as I can give them a believable story."
Henry Blake 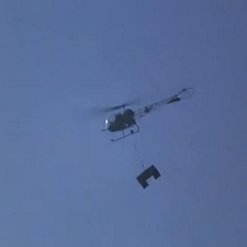 After a harrowing moment trying to stabilize a wounded two-star General, Hawkeye Pierce and Trapper MacIntyre complain to Major Houlihan about missing supplies for the OR: specifically, bottles of Hydrocortizone. Frank Burns interrupts to snidely inform them that the supplies ordered were hijacked before they left Seoul. A replacement truck shows up the same day, but that shipment was also hijacked, leaving them with no supplies at all.

Hawkeye and Trapper complain to Henry Blake, who is more interested in fawning over his recently-acquired 100-year-old antique oak desk than listen to the two surgeons. With Blake unwilling to put a call in to Brigadier General Hammond, Hawkeye calls in his place to request more supplies. The Brigadier denies the request, forcing Hawkeye and Trapper to improvise. Hawkeye decides to deal with the Black Market instead of the military supply chains.

Their contact in the Black Market is reluctant to give them the Hydrocortizone for anything less than ten thousand dollars, since medical supplies are so valuable in the war-torn country. Hawkeye suggests the idea of bartering for the medicine, offering free medical care in trade. Their contact, Charlie Lee, refuses, as he steals whatever his organization needs anyway. At this point, Hawkeye appeals to Lee's sense of importance, stating his tiny office desk is unbefitting a man of his (albeit illicit) position.

In short, the three of them plan to steal Henry Blake's antique oak desk and trade it for the Hydrocortizone.

Lee is smuggled into the 4077 to examine the desk for himself, and agrees to trade the medicine for the desk, on the condition that they have it ready for pick-up by six a.m. While Frank Burns tries to run interference against Hawkeye and Trapper, convinced he'll catch them at something that will have them court-martialled for sure, the two surgeons resort to removing one of the walls of Blake's office and having the desk air-lifted by chopper all the way to Seoul.

The episode ends with Lee delivering the medicine, as promised, and Blake trying to come up with a believable story for his insurance company to compensate him for the lost desk.

Attention, all personnel! The following tropes may be found on the black market: