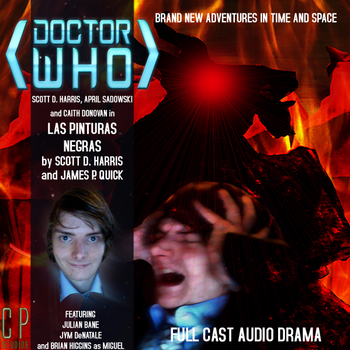 Uh, hey. You okay there, Doc?
Begun in 2010 with The Devils of Gallipoli, CP Studios (then Calladra Productions) has been producing Doctor Who audio dramas ever since. The stories follow alternate Ninth and Tenth Doctors and their companions on their journeys through time and space. Typically focused nearer the horror and historical aspects of the parent show, though only one season and two pilots have been produced as yet.