"The crowd had gathered there to watch him fall, to watch their hopes destroyed..."
Hope Rides Alone 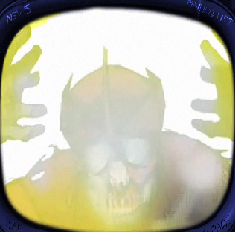 Elecman shows why he's That One Boss.

The Protomen are awesome indeed, but you may be wary of red lights, computer screens, and machines in general afterward...