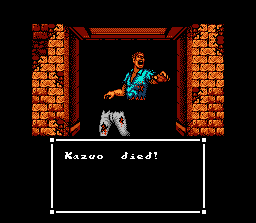 It's Bloodier and Gorier on film!
Advertisement:

Since this is a game that helped inspire the Resident Evil series and other Survival Horror games, this is inevitable. Five people fighting for their lives as they are trapped in a haunted house full of evil spirits and monsters. Can they get out of there alive?

open/close all folders
The video game
The film
Advertisement:
The videogame and film
The webcomic
This comic is more than 100 chapters of almost nonstop Nightmare Fuel, but even within all of that these moments stick out as the most terrifying parts of a terrifying story.
The miniseries (based on the webcomic)