Nightmare Fuel / Sentinels of the Multiverse 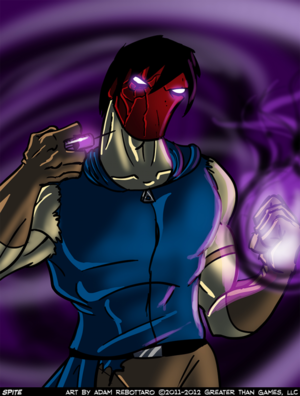 "I'm not a monster. I'm just ahead of my time."
Warning: This page is terrifying. But you probably already knew that because it's a nightmare fuel page. Carry on.