Awesome / Sentinels of the Multiverse 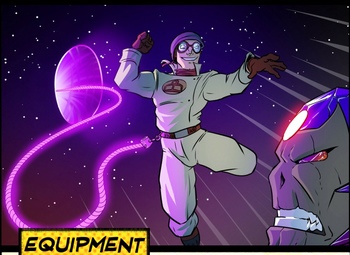 "Stand down, villain! I've not seen the likes of you before, but I know evil when I see it!"
As per wiki policy, spoilers are off. You have been warned.
Advertisement: