Heartwarming / Sentinels of the Multiverse 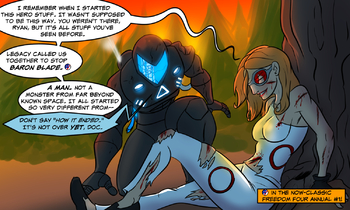 So, after creating those Tear Jerker and Nightmare Fuel pages, let's do some lighter stuff. Let's have our hearts melted.