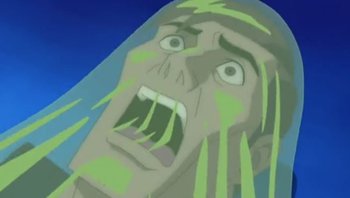 No one said being a Green Lantern would be easy
Compared to traditional Justice League fare, the film is a notably darker take on the Green Lantern Mythos, featuring massive amounts of on-screen death.
Advertisement: