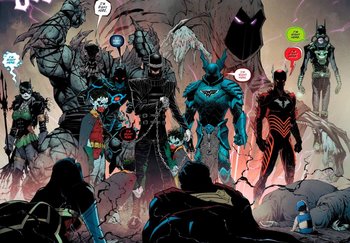 You want Bruce Wayne? Look around you.
Being a Superhero Horror comic centered on dark futures, Dark Nights: Metal has no shortage of nightmares.