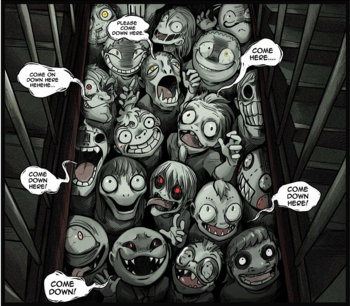 As much as it may rely on Black Comedy, Clinic of Horrors has it's name for a reason.