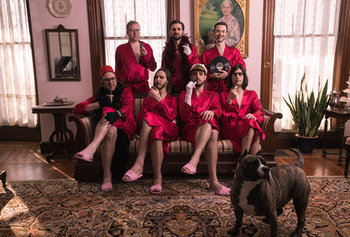 Thank You Scientist is a New Jersey-based, Genre-Busting Progressive Rock band. Formed by guitarist Tom Monda in 2009, the band is primarily notable for their incorporation of various genres of music into a distinct style, thanks to their seven-piece structure featuring trumpet, saxophone, and violin alongside the more typical rock instruments. They are currently signed to Evil Ink Records, a label owned by Coheed and Cambria frontman Claudio Sanchez, and have opened for his band on multiple tours as a result.

Albums by Thank You Scientist include:

Past band members include: