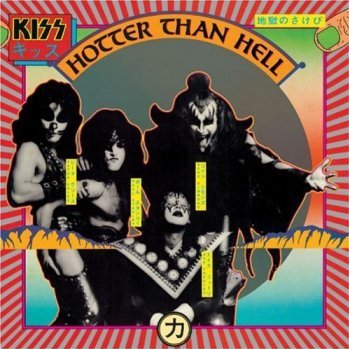 Hotter Than Hell is the second studio album from the American hard rock band KISS, which was released in 1974, following their self-titled debut album.