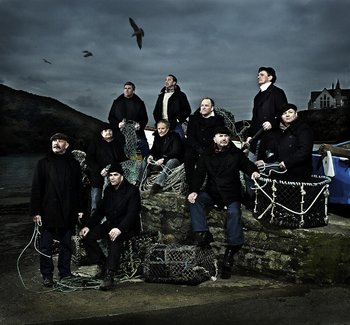 in North Cornwall that are known for singing Traditional Sea Shanties.