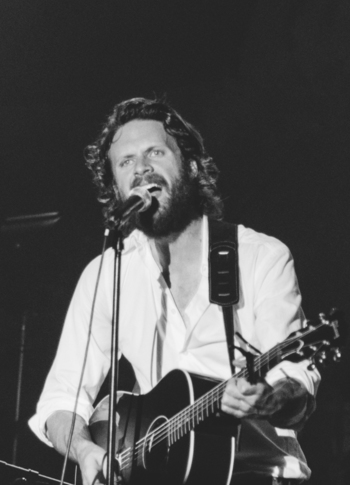 Beginning his musical career in 2004, Josh Tillman released seven albums over the years under his own name, (albeit just the initial), to little success. In 2008, he also began drumming for the Folk Rock band Fleet Foxes, writing his own songs on the side.

Then, in 2010, Tillman decided he'd had enough. So he escaped his old life to L.A. and reinvented himself. A drug-induced realization occurred to him while sitting naked in a tree: he should just be himself. "The sarcastic, overcompensating asshole." This persona, the one that came to be called Father John Misty, is the one he released his 2012 album, Fear Fun, under.

I'm writing a trope page, because that's never been done before: