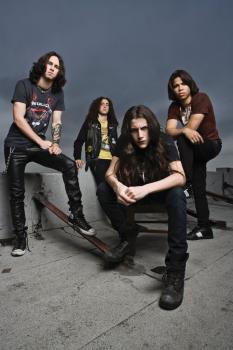 Black Tide is a Heavy Metal band from Florida, formed in 2004. Originally founded as a classic Thrash Metal type band, they switched over to a Metalcore style, and what followed was a massive line up change. After their change in style, fans started arguing over which style was better. However, not only did they drastically change in musical style, but Gabriel changed