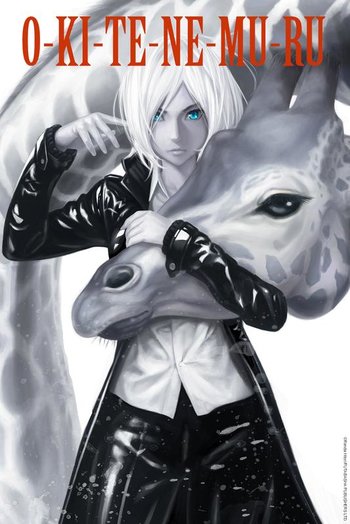 "The World started without humans, and it will probably end without them too. But either way, we exist."
Advertisement:

In modern Japan, a strange event is happening where people's heads suddenly turn into an animal's face, they go feral, and then they explode. Kanata, a young student, is caught up in a strange incident where one of his classmates dies this way and a mysterious government agency comes to quarantine his class, in the process, he learns to enhance his senses by "removing his limiter", making him a unique kind of human called Okitenemuru.