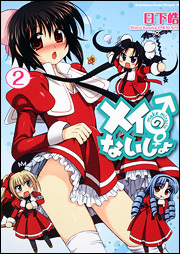 Mei Haruna is a boy who was raised as a girl by his Magical Girl mother. After his mother's death, he is sent to a boarding school for girls. Hilarity Ensues.