All Women Are Doms, All Men Are Subs 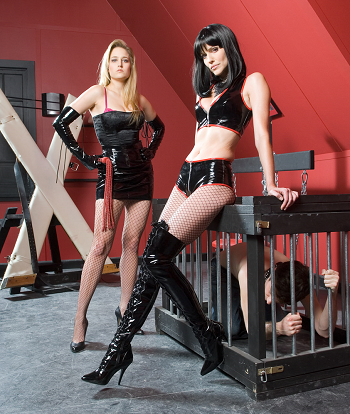 Groo: Fear not, friend. We are here to save you!
Angel: Groo, Groo... I think he's happy there.
Groo: [naively] As a slave?
Customer: Don't judge me.
— Angel, "Couplet"
Advertisement:

Make sure that it's never a woman being dominated by a man.

This trope is also most common in television and movies. The more private nature of printed works often prevents them having to appeal to such a wide and public audience, the facilitation of which is the main function of this trope.