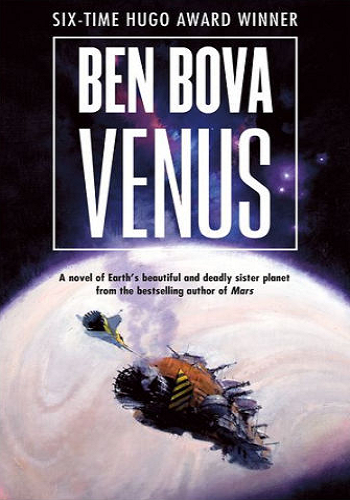 Venus is a science fiction novel by Ben Bova, written in 2000 as the 18th entry into his Grand Tour series.

The protagonist is Van Humphries, the son of a plutocrat Martin Humphries. He had been the unfavorite son due to his's mother Death by Childbirth, but at least Martin had always had the eldest, most beloved son...up until he ends up dying on the Venusian surface. Instead of trying to cherish his other offspring more, Martin decides to completely cut off his allowance, and proclaim that the only money Van might ever get from him now is a ten billion dollar prize - if he ventures onto the Venusian surface, and manages to retrieve his brother's remains, something no-one has ever done before.