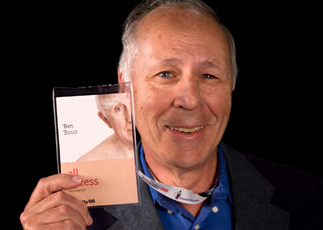 Benjamin William "Ben" Bova (born November 8, 1932- November 29th, 2020) was an American Science Fiction author, most well-known for his Grand Tour series of novels dramatizing the colonization of the Solar system through the 21st century. After the death of John Campbell in 1972, he was the editor of Magazine/Analog magazine from 1972 to 1978. He then was the first editor of OMNI magazine (1978 to 1982). Bova won the Hugo Award for Best Professional Editor five times for his work at Analog, and a sixth for his combined work at Analog and OMNI.
Advertisement:

He died on November 29th, 2020 due to complications caused by a stroke and Covid-19.

In order of publication, the Grand Tour series consists of: