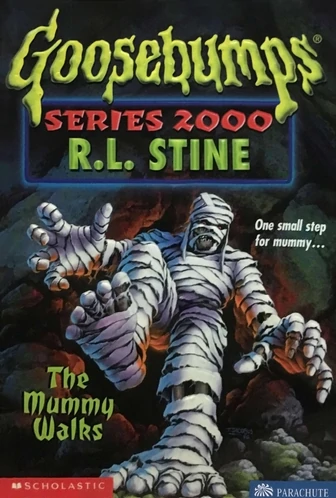 The Goosebumps Series 2000 book where a mummy does not walk.

Michael is going to visit his aunt in Florida for a holiday, but his plane is diverted to the Middle Eastern kingdom of Jezekiah. It turns out he is the son of the previous king and queen, and was sent to America for his protection when his biological parents were assassinated. Unfortunately, all is not well in Jezekiah. The country's entire economy is based on loans secured with a priceless ancient jewel in a mummy as collateral, but the mummy was hidden at the same time Michael was sent away. Michael supposedly has a microchip implanted in his brain which can track it down... but to make things even worse, Jezekiah is descending into a civil war, and neither the military nor the rebels are especially keen on letting him live.