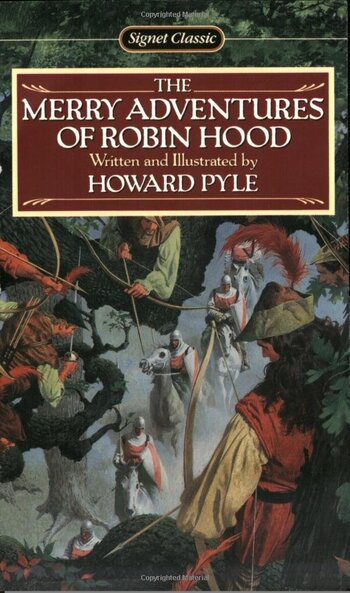 In merry England in the time of old...
Advertisement:

An 1883 novel by the American illustrator and writer Howard Pyle. Drawing on traditional medieval ballads, Pyle compiled stories of the famous outlaw Robin Hood and his friends into an episodic, coherent narrative. The novel's characterization of Robin Hood as unambiguously heroic influenced later depictions of the character.

The Merry Adventures of Robin Hood contains examples of: