Literature / Mickey Mouse And His Spaceship 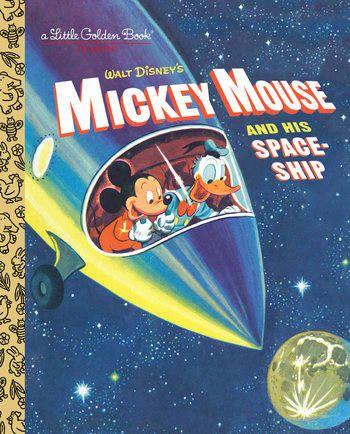 "Big Contest! Fifty-Thousand-Dollar Prize for First Round Trip to Moon."

Mickey Mouse And His Spaceship is a piece of Children's Literature written Jane Werner Watson and illustrated by Walt Disney Studios. It's a Short Story about Mickey Mouse and his goal of getting to the moon. It was first published in 1952 and is part of the Little Golden Books series.