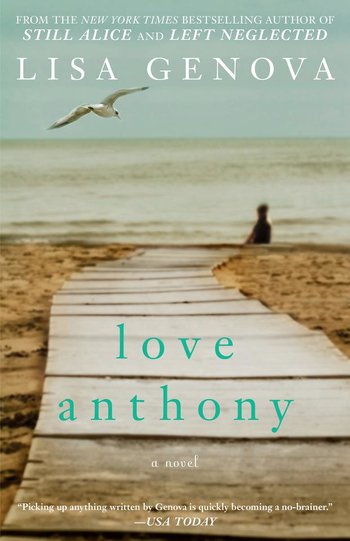 Love Anthony is a 2012 novel by Lisa Genova (author of Still Alice). The book is set in Nantucket and follows two women recently separated from their husbands: Beth Ellis, the mother of three daughters, who kicked her husband out after she found out he was having an affair, and Olivia Donatelli, who is living in her family's rarely-used vacation home while she mourns the death of her eight-year-old autistic son Anthony.