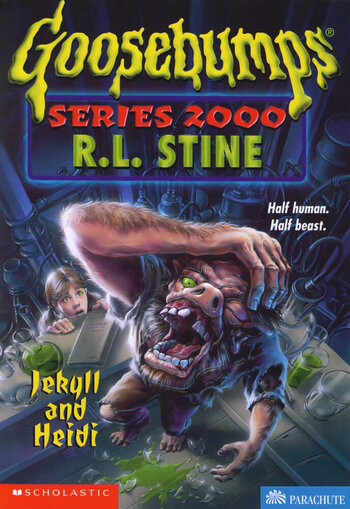 The Goosebumps Series 2000 book where a girl moves in with her uncle, and discovers he is hiding a strange secret.
Advertisement:

After the deaths of her parents in a car accident, Heidi Davidson moves in with her uncle, Dr. Palmer Jekyll, in the town of Shepard Falls in Vermont. Soon after arriving, Heidi is warned by one of the locals that her uncle is responsible for a mysterious beast that attacks the town every night. While she initially laughs off the accusations, Heidi begins to discover that her uncle is indeed working on a mysterious project, and that the attacks on the town are real... but the cause is not what everyone thinks.