Heartwarming / The Rescuers Down Under 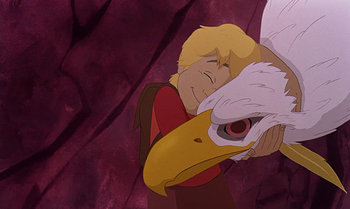