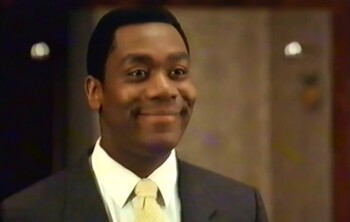 An affable young man named Terence (Lenny Henry) dresses up in a suit one day and goes out for job interviews. He waits patiently in a supervisor's office only to find out that the job has already been filled. Several different interviews end in failure. Finally, Terence is moping around a department store when a customer sees his suit and clean-cut appearance, mistakes him for a floor manager, and asks for assistance. Suddenly Terence is helping customers, carrying bags, manning the cash register, and performing all the duties of a job he doesn't have.