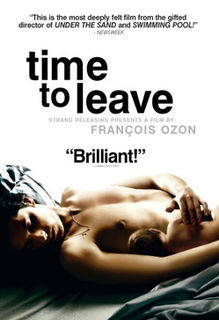 Romain (Poupaud), a gay photographer, hears that he has cancer and is terminally ill. He does not tell anyone, except his grandmother Laura (Moreau).

Time to Leave provides examples of: