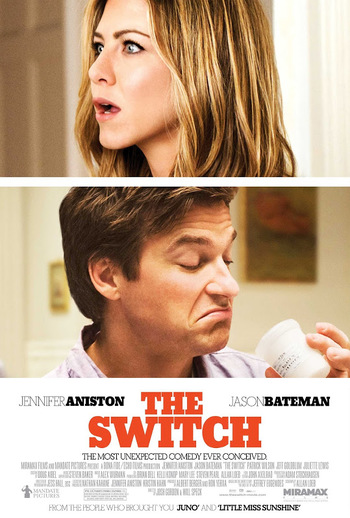 A 2010 comedy film written by Allen Loeb, directed by Will Speck and Josh Gordon, and starring Jennifer Aniston, Jason Bateman, and Jeff Goldblum.

Kassie Larson and Wally Mars have been best friends for years. Kassie, after years of bad experiences in dating, has decided to become a single mother through artificial insemination, much to Wally's protests. Nevertheless, she invites him to the insemination party wherein he gets drunk, accidentally spills the collection vial, and decides to replace the sample with one of his own. He blacks out and wakes up with no memory of this. Kassie leaves town, seven years pass, Kassie returns with her son Sebastian, and Hilarity Ensues.