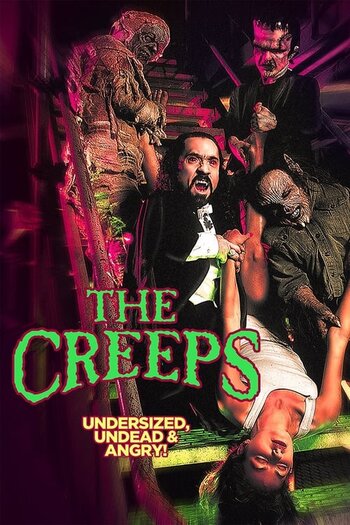 Anna, not wanting to go to the police and risk her future at the library, hires a Private Investigator named David Raleigh (Justin Lauer), who works out of the back of a video store. He manages to identify the thief, Dr. Winston Berber. However, the slowness of his investigation irks Anna into considering hiring another P.I., but is soon kidnapped by Dr. Berber, who reveals he took the manuscripts of some of the most famous monsters known to mankind. His plan is to put the books into his "Archetype Inducer" to bring the monsters to life as his own personal army, and she's going to help as a human sacrifice. He starts up the machine, but David finds and rescues Anna before she can be sacrificed.

However, Dr. Berber's results still yield results. The four monsters: Frankenstein's Monster (Thomas Wellington), The Mummy (Joe Smith), Count Dracula (Phil Fondacaro) and the Wolf Man (Jon Simanton) have manifested in his world as real, physical creatures. However, since the process was incomplete, they're now all about 3 feet tall. None of them are happy about this, and Dr. Berber can't very well use such small monsters as an effective army, so they all set out to recapture Anna to complete the process and raise them all to normal size.

The Creeps contains examples of: