Film / Thank You for Playing 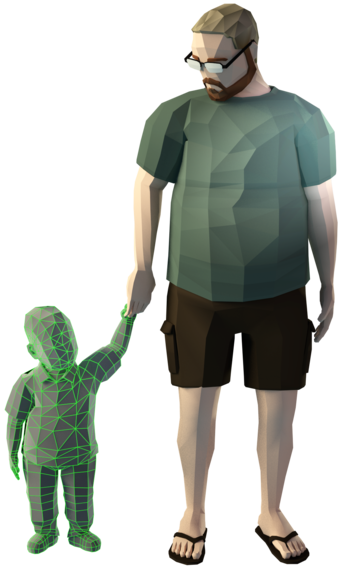 Thank You for Playing is a 2015 documentary about the creation of the critically acclaimed indie game That Dragon, Cancer.

It begins with Ryan and Amy Green, a devoutly Christian married couple and parents of three, learning that their youngest Joel has been diagnosed with a rare form of Cancer at the age of twelve months and has only four left to live. Joel ends up surviving, but continues to live with the illness. His father, an indie game developer, decides to document his family's experience with raising a dying child in an autobiographical exploration game titled That Dragon, Cancer, named for a bedtime story about Joel that he and his wife would tell their children. What begins as a simple way for the Green's to cope with their impending loss soon becomes a poetic message about what we do for our loved ones and how the more difficult parts can sway our own beliefs.

The documentary follows the development of the game, it's creative process and the tolls it eventually takes on the Greens, up to it's eventual release, intercut with the Greens' days-to-day life as they continue to treat Joel's condition while still allowing him to have a happy childhood, fully aware that it could end at any minute.

This page is under construction.

Tropes appearing in this documentary: