Film / Sleepwalk With Me 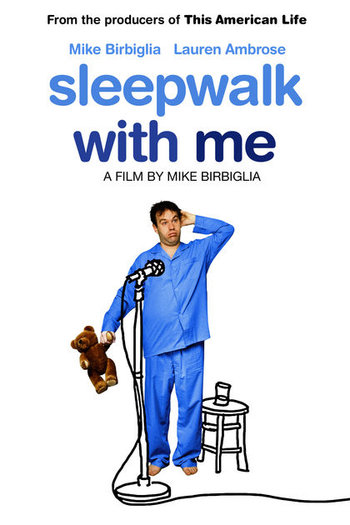 This American Life episode "Fear of Sleep," featuring a story from Mike Birbiglia, spawned this feature film written and directed by Mike Birbiglia and Ira Glass.

IMDB summary: A burgeoning stand-up comedian struggles with the stress of a stalled career, a stale relationship, and the wild spurts of severe sleepwalking he is desperate to ignore.

Sleepwalk With Me provides examples of: