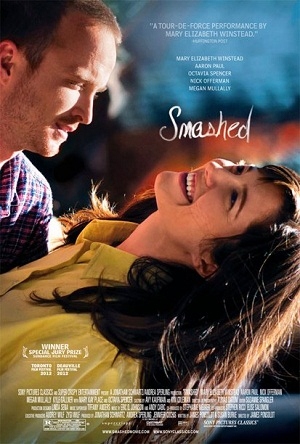 Kate (Winstead) and Charlie (Paul) like to have a good time. Their marriage thrives on a shared fondness for music, laughter . . . and getting smashed. When Kate’s partying spirals into hard-core asocial behavior, compromising her job as an elementary schoolteacher, something’s got to give. But change isn’t exactly a cakewalk. Sobriety means she will have to confront the lies she’s been spinning at work, her troubling relationship with her mother, and the nature of her bond with Charlie.

Tropes applying to this film: