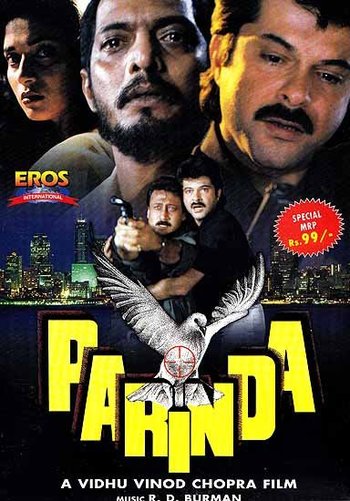 A highly realistic Bollywood movie about two brothers of which the elder one, Kishen happens to be a gangster working for a kingpin named Anna Seth. The younger brother, Karan returns from America and is exposed to the horrible world of crime and corruption.

Featuring only four songs (then a surprisingly low number) and a highly pessimistic vision, the film was highly acclaimed and won several awards and is regarded as a turning point in how being a gangster is portrayed in Bollywood, likely influencing films like Satya, Vaastav and Company.