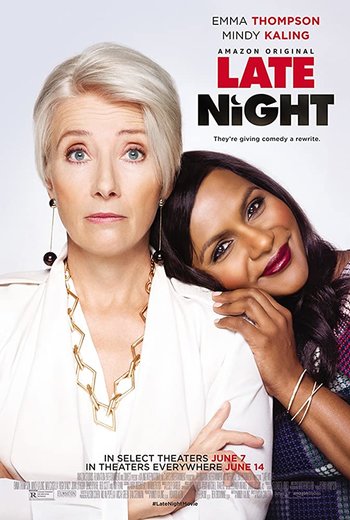 "They're giving comedy a rewrite."
"I hope I've earnt the privilege of your time."
Advertisement:

Thompson plays Katherine Newbury, who has hosted her own late night Talk Show for the past 27 years (and is the only woman in the business). But her ratings have been in decline for years, and Katherine learns that she is on the edge of being replaced. Desperate for something to blame, she targets her all-male, all-white writers' room and demands her studio manager hire a female writer to shake things up.

Enter Kaling as Molly, a quality control specialist at a chemical plant with aspirations of being a comedy writer.