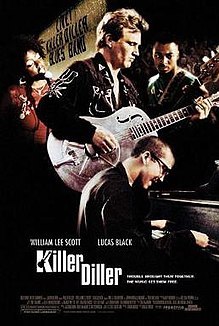 Wesley (William Lee Scott), a guitar player and convicted car thief, is sent to live in a halfway house whose inhabitants are required to play hymns at the nearby Christian college. None of the convicts want to be in the band, and their music is half-hearted and insipid, until Wesley persuades autistic savant Vernon (Lucas Black) to join as their new pianist. Vernon brings out his bandmates' hidden talent, and together he and Wesley transform the group into a rocking blues band, the Killer Diller Blues Band.