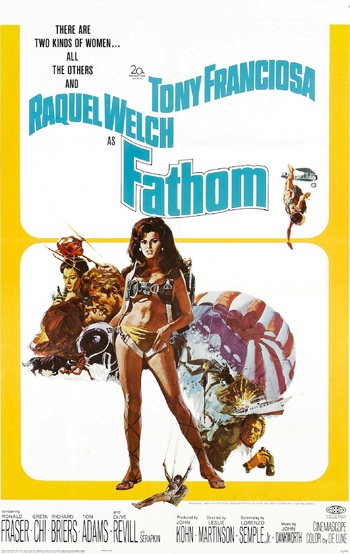 Fathom Harvill (Welch) is an American skydiver touring Europe with a parachute team. She is approached by a man named Timothy and taken to see Douglas Campbell, who claims to be an Scottish agent and wants Fathom to recover an atomic triggering mechanism for a nuclear weapon that has gone missing in the Mediterranean, hidden inside a figurine known as the Fire Dragon. Along the way, she meets Peter Merriwether (Franciosa), who's also searching for the figurine, and begins to suspect that Campbell is not all what he seems to be.