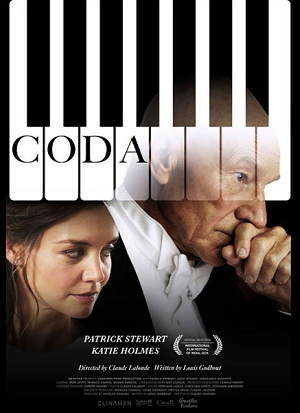 Helen: Just play for them. I'll be listening.
Henry: I'll be playing for you.
Advertisement:

A 2019 drama directed by Claude Lalonde.

Henry Cole (Patrick Stewart) is an legendary, but aging, classical concert pianist whose recent performances have been marred by stage fright and anxiety attacks. Helen Morrison (Katie Holmes), a music journalist, wants to profile Henry, but he's reluctant, even as his manager Paul (Giancarlo Esposito) begins to arrange a comeback concert tour. Through Helen's profile, she and Henry develop an intimate rapport.