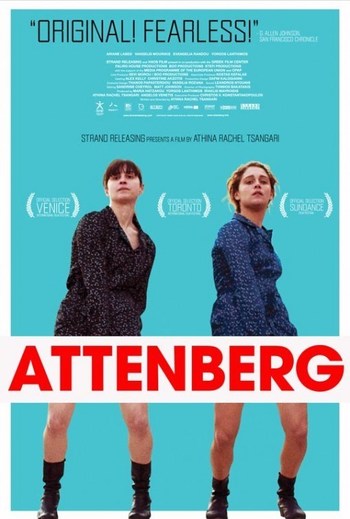 This is the story of a young woman named Marina, who suffers from a peculiar mix of being too inhibited and lacking appropriate boundaries. Or rather, this is the story of how she wrestles with her father's impending death, her own self-esteem and her ambivalent sexuality. Nothing is shown of the rest of her life. The audience never gets to know what she does for a living or what interests she has in life. All we get to know about her besides the three issues mentioned is that her mother is already dead, she is 23 years old, and she drives a car.

There are only four characters:

This does not count a guy who appears only in one scene. In this scene, Marina is talking with a guy who sells coffins and that kind of stuff in advance for her not-yet-dead father's funeral. There might also be a sixth character appearing briefly: a man who is making out with Bella in one scene.