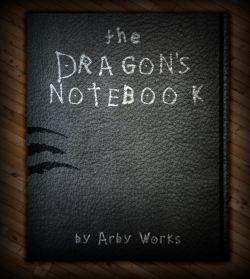 "I'm going to kill every stallion that threatens my Rarity."
Advertisement:

) is a My Little Pony: Friendship Is Magic Fan Fic written by ArbyWorks. It's an Fusion Fic with Death Note.

Spike was tired of hearing the tales of Rarity's coltfriends, and how they amaze her. Going home sad and broken, he found a black notebook that granted him the power to kill anypony as long as he had their name and face. He made a steely resolve to protect Rarity... at any cost.

The Dragon's Notebook is a dark tale exploring how murder can twist an innocent mind into a barely-sane relic of what it once was and how love can make one do anything for the one they love.