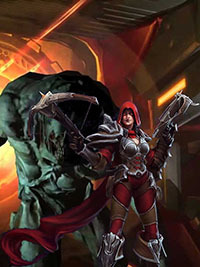 is a completed Diablo 3/Doom fic by SovereignGFC

The Nephalem were defeated and imprisoned by the lords of Hell, but wake up to find some things (mainly demons) never change...

Spoilers may or may not be tagged properly, so read at your own risk!