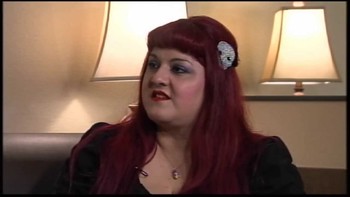 Rhiannon Frater is the award-winning author of over a dozen books, including the As the World Dies zombie trilogy (Tor), as well as independent works such as The Last Bastion of the Living (declared the #1 Zombie Release of 2012 by Explorations Fantasy Blog and the #1 Zombie Novel of the Decade by B&N Book Blog), and other horror novels. She was born and raised a Texan and presently lives in Austin, Texas with her husband and furry children (a.k.a pets). She loves scary movies, sci-fi and horror shows, playing video games, cooking, dyeing her hair weird colors, and shopping for Betsey Johnson purses and shoes.

The Pretty When She Dies series was recently re-released by Permuted Press as part of their Platinum line.

Bibliography
Rhiannon Frater is responsible for the following books:

Rhiannon Frater participated in these anthologies:

These Tropes apply to Rhiannon Frater and/or her writing: