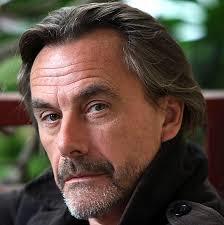 Michael Paul Marshall Smith (born 3 May 1965) is a British author of SF and horror.

His debut novel, Only Forward, concerns the search for a missing man through a City divided into numerous eccentric and often dangerous Neighbourhoods; it won the August Derleth Award in Britain and the Philip K. Dick Award in the US. His other novels include Spares, a novel about Walking Transplant clones which was optioned by DreamWorks for a while before they made The Island instead, and One of Us, in which a man who makes a living renting space in his head for other people's unwanted memories gets stuck with the memory of a murder.