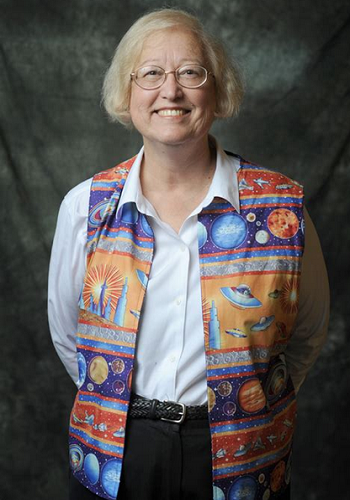 Constance Elaine Trimmer Willis (born December 31, 1945) is an American Science Fiction writer, best known for her stories of time-traveling academic researchers. She has a record-breaking eleven Hugo Awards, and is the only author to date to have won both the Hugo Award and the Nebula Award in all four lengths (novel, novella, novelette, and short story). She was named a Grand Master by the Science Fiction Writers of America in 2012.

Works by Connie Willis with pages on this wiki:

Other works by Connie Willis include:

Tropes featured in her work: