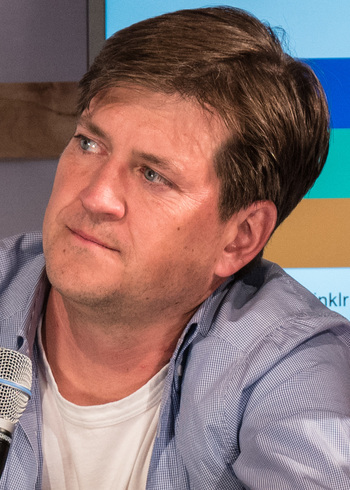 He was previously married to Megyn Price. With wife Christa Miller, he has three children (including musician Charlotte Lawrence).