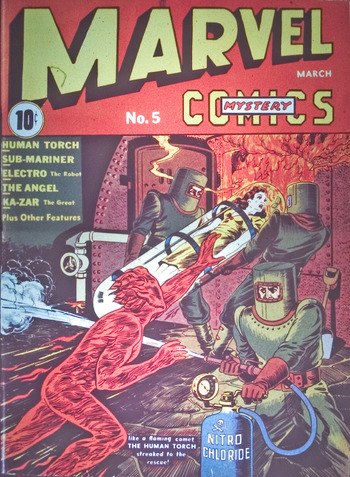 The Human Torch (no, not that one) was a character and ongoing anthology story created by Carl Burgos in 1939 for Timely Comics, which would become Marvel Comics, anthology Marvel Mystery Comics. He debuted in the first issue, and would go on to have his own comic series, cross over with Namor: The Sub-Mariner and Captain America, and join The Avengers. He is still appearing in comics in 2019.

This page can serve as both the character and the stories in Marvel Mystery Comics.