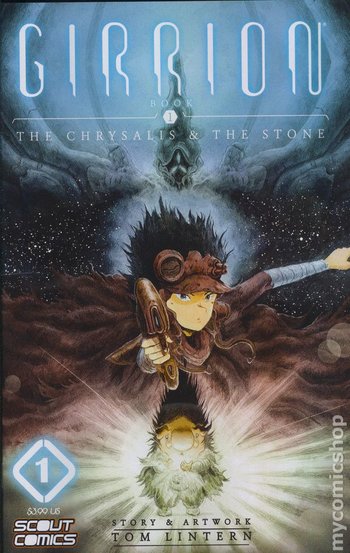 In the realm of Gania, Jarra is a humble factory-working Gunflin aboard an ancient spaceship with the rest of his kind who dreams of a more exciting life. One day, he gets his wish, when a mysterious entity known as The Halodoran attacks his people's home. He manages to escape, only to be thrust into a much bigger conflict, one involving other-worldly magic and weapons.

Ancient pieces of technology known as Girrion begin awakening, bringing their secrets to light. Jarra must find a way to end this before his world is torn apart.

The first book in the series, The Chrysalis And The Stone, was funded on Kickstarter on August 8th, 2017. The book was released on July 4th, 2018.